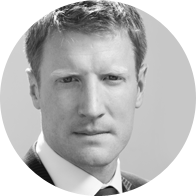 Phil is a qualified solicitor who trained and specialised in Intellectual Property at international law firm Hill Dickinson before joining Manchester based Sports Law specialist firm IPS Law in November 2006.

Phil joined sports management agency KMA LLP in August 2009 as Chief Operating Officer and in-house legal counsel and dealt with all operational, regulatory and legal requirements of the business as well as overseeing the client management service.

Phil joined McHale and Co in May 2012 as a consultant solicitor specialising in Sports Law, and advises clubs, players and agents throughout football and rugby in respect of player transfers and contracts, contractual disputes, intellectual property, boot and sportswear sponsorship deals, endorsement agreements and defamation.

Phil has also lectured on the FIFA Master Class in 2007, 2008 and 2009 in Switzerland, as well as the Liverpool University Football Industries MBA in 2012.

A quick, efficient way to ensure your wishes are recorded for end of life. Good advice given and explained in a clear concise manner. Thank you.

Michaela was exceptional in both advice and the completion of the will. Michaela was kind, considerate, professional and her manner and personality was one that inspired confidence from the very first meeting, going way above what I expected.

Wonderful service provided by Helen Green – very thorough knowledge. I am extremely satisfied as I was helped through a difficult time when I was uncertain how to go forward.

Michaela went out of her way to make time to see me, gave very good advice and answered any questions I had. Always returned my phone calls and emails promptly. Thank you

Hassle free service, just give them the facts they require – let them get on with it – Simples

Malcolm, I really appreciate what you have done and can’t thank you enough with how you have dealt with this! We’ll fill in the attached customer satisfaction form and reflect how impressed and pleased we are.

Thanks for the work of your staff led by Maria. I would like to highlight the contribution of Nadya & Leona in these transactions. While Maria is often the one in the sunshine so to speak, it is through the background work performed by these two that allows this to happen.

I have been completely satisfied with help given by Helen and feel that my affairs are now in safe hands.

I would like to thank Charlotte for being so friendly and helpful.

Everything was great Michaela. Thanks!

I would like to praise Adam Cohen with the way he has looked after both me and my wife. He has been very thorough and helpful with us.