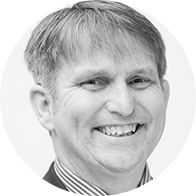 Malcolm undertook his articles with a leading Manchester firm before moving to Rowlands in 1987 and shortly after he was made a Partner appointed as the Head of Personal Injury Department.

Malcolm is a fellow of APIL (Association of Personal Injury Solicitors) of which there are less than 200 nationally. Malcolm was on the subcommittee of APIL which helped bring about the changes to ‘no win no fee’ agreements 15 years ago.

Malcolm is an original Law Society Personal Injury Panel Member and he was a founder member of Injury Lawyers for you (IL4u).

Malcolm is instructed on a range of multi-track cases and is a leading practitioner is his field. He has acted for many brain injured clients and has particular expertise in this field.

Malcolm has a keen interest in sports law and injuries resulting from incidents in sport. He has acted for several Rugby and Football players and is considered to be one of the leading Solicitors in this area of litigation.

He has been described as a ‘caring Rotweiler’ by a leading QC. Caring and emphatic towards the client but aggressive towards the defendant insurers.

Rowlands merged with another large City Centre practice in 2011 and after 3 years Malcolm decided to move on to the ambitious growing firm of McHale and Co in Altrincham where he lives.

Malcolm has been involved in several high profile cases during his career some of which have gone to the Court of Appeal and made legal textbooks. Examples of Malcolm’s successes are listed below:

Malcolm is a keen follower of Manchester United, attending games at home and all around Europe. He plays golf regularly and he enjoys watching most other sports having played most of them himself in younger days! He has been married for 30 years and has two sons.

Malcolm has been involved in several high profile cases during his career some of which have gone to the Court of Appeal and made legal textbooks. Examples of Malcolm’s successes are listed below:

Hadfield v Knowles – Malcolm was instructed on behalf of the Claimant. The Claim reached the Court of Appeal and it was decided that the current English legislation was not compatible with European Legislation. The Claimant was awarded in excess of £500,000 back in 1996.

EV Haslingdon BC – Malcolm was instructed by the Claimant who fell from her Council accommodation due to a defective window frame. Malcolm secured a settlement in excess of £3.2 million.

G V Holiday Company – Malcolm’s client in this case suffered severe burns whilst on holiday in Tenerife when the apartment he was in set alight due to a gas problem. Malcolm secured a settlement in excess of £500,000 for his client.

G V Stoke on Trent – Malcolm’s client was deliberately ran over by an individual. Malcolm secured a settlement in excess of £4 million for his client.

AG v Insurer – Malcolm acted for a man from Pontefract in Yorkshire, who was awarded what is believed to be one of the biggest compensation payouts for a motorbike accident which has left him mostly homebound for the rest of his life. Malcolm obtained in excess of £1.3M for the client.

Excellent, professional and caring. Michaela and her colleagues made the whole process very easy.

I have been using McHale and Co for both the sake of my property and the purchase of my new home. Joy handled my sale and was extremely professional, helpful and persevered when dealing with my buyers solicitors who were less than professional to deal with.
Phillippa was equally professional and extremely knowledgeable on purchasing new build properties due to her years of experience in this specialist area. She was supportive and gave me confidence that I was getting a first class service. Would use them again and recommend to my friends and family.

…in the midst of the most stressful situations, I have never felt the need to ‘nudge’ or urge action, I have always been confident in the reliability and consistency in the service received, especially from Liz Connolly.

Extremely satisfied, I have already recommended. I first used the Will drafting service – Helen Green – then probate… clearly happy!

Michaela is professional and confident in her field and at the same time I felt completely relaxed in her presence, a great asset to McHale & Co.

Professional and efficient service with a personal touch.

I am very glad that I found your office and especially Helen Green. I enjoy dealing with people who know what they are doing.

Grace Kennedy was friendly, professional and knowledgeable. Updating our wills was a very smooth and efficient process.

The service and communication provided by Michaela throughout the process of dealing with my mum’s estate has been exemplary.